It was when we saw a very fat mouse scuttling through our kitchen quite unconcernedly that we had to admit that poor old Plato was past it. Plato, our very special angora cat was in his prime capable of jumping 2m50 in one go on to a cupboard. No longer in his prime, at 19 years of age, totally blind he could barely drag himself from his sleeping cushion to his lavatory. He bumped into the walls, furniture and dogs. Rather to the annoyance of Fifi and William who didn't understand his incapacity. Plato has now passed on, joining all our animals who went before. 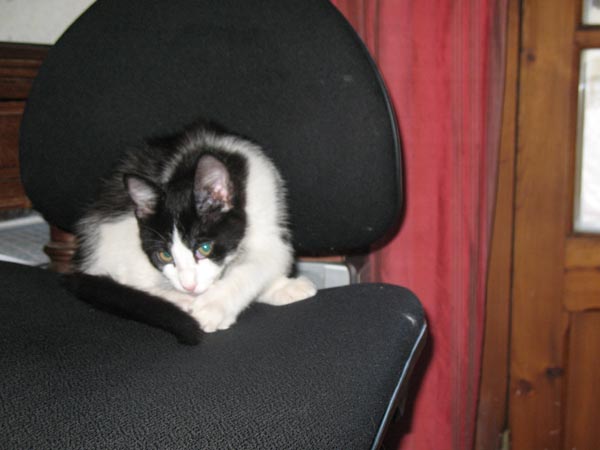 So we found Samson. He was advertised at the vet's notice board as needing a home, just 10 weeks old and LARGE. We first called him Solomon, in memory of a very special cat we used to have, but changed his name to Samson, considering his size, which is HUGE; 8kg!!

Here you see Samson having a little sleep on my office chair.